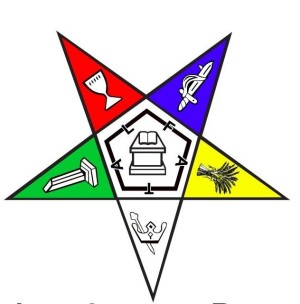 Mother Gloria Faye Christian Witherspoon was born on November 23, 1953, to the late Limmeard Christian Sr. and Earline Harden Christian. On October 12, 2020, she departed this life at St. Francis Medical Center, surrounded by her family and loves ones.

Her faith in God was evidenced at an early age when she was baptized at New Morning Star Baptist Church under the leadership of Rev. I.J. Jordan.  She later joined the St. Luke Missionary Baptist Church under her father's leadership, the Late Reverend L.M. Christian. She was a faithful choir member, secretary, and music director for over 20 years of service.  In 2007, she joined New Generation Church under the leadership of Bishop Michael D. Douglas, Sr. and served as one of the mothers of the church and on the Intercessory Prayer Ministry.  In 2009, she became one of the founding members of Tehillah Christian Church, which is now known as Transformation Church, under the leadership of her son and founder, Pastor Gilbert Wilson. Mother Witherspoon had the privilege and honor of traveling worldwide with her son singing and praising God. She even became a recording artist leading "You Just Don't Know "on Pastor Gilbert Wilson and UICC Freshman Project" I Live to Worship Thee, "getting the name "Mama Spoon." Mother Witherspoon never met a stranger, and she had a love that was amazing to everyone she met.  She was a great example of sharing the love and gospel of Jesus Christ every chance she got. If you ever spoke with her, she will always end her conversation with "I Love you and A'int Nothing You Can do about it."

Mother Witherspoon was educated in the Morehouse Parish, attending Morehouse and later graduating from Bastrop High School in 1971.

Mother Witherspoon had a heart for children and the community where she was a Girl Scout Sponsor for many years, Co-Founder of Voices of Christ Community Choir, a former member of Pastor Gilbert Wilson and the Anointed Voices and United in Christ Chorale. (UICC)

Mother Witherspoon was an active and faithful member of the Morehouse Baptist Association Adult Choir.

Mother Witherspoon was an active and faithful member of Faith Chapter # 197 Order of Eastern Star, where she served as Juvenile mother and Chaplain. She also served on the following committees, Medical Advisor, Scrapbook, Music, and Trustee. She also served as Past Secretary and Treasurer. She was a member of the following Higher Degree Court and Temple: St. James Court #12, Heroines of Jericho, and Lady Esther Court#68 Lady Knights Templar.

Although Mama Spoon was a mother to so many young people, she was blessed with two biological children.  One daughter, Monica Bridges, and One son, Pastor Gilbert Wilson. In 1988, she married the love of her life, the late Otis Witherspoon Jr., and to this union, nine stepchildren enter her life. Stephanie Brooks, Sandra Sherman, Otis Witherspoon III, Kirk Witherspoon, Teresa Witherspoon, Tangela Green, Roblean Harris, Nikki Witherspoon, Velma Witherspoon.

She was preceded in death by her husband, Otis Witherspoon Jr, her Father and Mother, Reverend L.M. and Earline Christian, her brothers, Limmerard Christian Jr., Michael Christian.