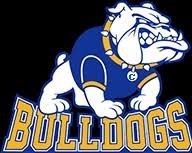 “For I am now ready to be offered, and the time of my departure is at hand. I have fought a good fight, I have finished my course, I have kept the faith: Henceforth there is laid up for me a crown of righteousness, which the Lord, the righteous judge, shall give me at that day: and not to me only, but unto all them also that love his appearing.”

Kalisha Yvette Robinson began her life’s journey on August 4, 1980, in Monroe, Louisiana, when God blessed the union of the late Clifton Robinson and Annie Walton Robinson with their third child. Kalisha accepted Christ at an early age and was baptized by Pastor Urby at New Salem Baptist Church in West Monroe, Louisiana. She later united with Greater New Antioch Baptist Church under the leadership of Reverend John L. Russell II.

Kalisha was a graduate of Carroll High School, class of 1999. She worked for six years in the child care industry until she became too ill to continue working.

Kalisha married Sergeant Rassun Davion Thompson and two children were born to this union. Kalisha would later be blessed with three additional children.

Kalisha was a strong, God-fearing woman who loved spending time with her children and other extended family. She loved to help people in any way with anything for anybody. She will be greatly missed.

Kalisha received her angel wings on September 3, 2022. Kalisha was preceded in death by her father, Clifton Robinson.

To send flowers to the family or plant a tree in memory of Kalisha Yvette Robinson, please visit our floral store.

A Memorial Tree was planted for Kalisha Yvette