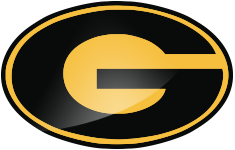 George David Crosby was born September 6, 1950, to the late Willard Crosby and Fannie Crosby in Franklin Parish. He transitioned from this life on May 28, 2022, at the age of 71.

George had a love for fishing, football, and working with his hands. He was an example of what a good neighbor truly is as he was always willing to help others.

After graduating from Grambling State University, he pursued a career in Education serving as a Physical Education Teacher and Coach. Soon after he discovered his love for farming, lawn care, and landscaping. With this, he and his brother, Rueben, went on to begin Crosby Brothers Lawn Service where they built a plethora of clients in the Delhi community.

In 1975, George met Birtdock Powell. After five years of courtship, George and Birtdock were married. They were married for twenty eight years. In this union, they brought their children together: four beautiful daughters, Cherry, Tiffany, Keiwanda, and later, Erica. His, hers, and ours. Then six grandchildren, Quinton,Alycia, Taylor, Jaeda, Emery, and Layla. The last six years of his life, they became best friends enjoying the goodness of God, family, and friends.

Desiring to make his calling and election sure, he was baptized in the name of Jesus Christ at Christian Life Church in Monroe, LA, and later he was filled with the Holy Ghost.

He was preceded in death by his father and mother, Fannie and Willard Crosby, Sr., sister, Barbara Crosby May, and brother, Rueben Crosby.

Left to cherish his memories are his former wife and best friend, daughters, grandchildren, two brothers, Willard and Roy Crosby of Los Angeles, and two sisters, Mary Jordan of Los Angeles and Renee Jones of Dallas, TX, as well as a host of aunts, uncles, nieces, nephews, cousins, and friends who were like family to him.

To send flowers to the family or plant a tree in memory of George David Crosby, please visit our floral store.

A Memorial Tree was planted for George David

We are deeply sorry for your loss - the staff at Delhi