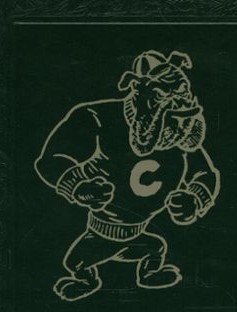 You saw me before I was born.  Every day of my life was recorded in your book. Every moment was laid out before a single day had passed.
Psalms 139:16
You have decided the length of our lives. You know how many months we will live, and we are not given a minute longer.
Job 14:5

Bennie and Betty Tucker had the profound privilege and unique experience of being the parents of Doctor Tyrone Tucker, who was born on December 23, 1969 in Shreveport, Louisiana.

Tyrone was the third of six children. He was raised in Crowville, Louisiana.  He was never really an outdoors person. He enjoyed reading, watching television, and drinking up all the milk in the house.

Tyrone attended school at Baskin High School, but later transferred to Crowville High School, where he graduated as Valedictorian of the Class of 1987. After high school, Tyrone started college at Northeast Louisiana University in Monroe, Louisiana. He transferred to Cornell University in Ithaca, New York to finish his undergraduate studies. There he earned a B.S. in Nutritional Science in 1993. He attended the University of Southern California School of Medicine in Los Angeles, California. There he earned his medical doctorate (MD) degree in 1997 and became Tyrone Tucker, MD.  He completed a residency in 2000 in obstetrics and gynecology at the State University of New York Health Science Center in Brooklyn, New York. He passed the United States Medical License Examination, Part I, II, and III in 1995 and 1997. He earned his State of New York Medical License in 1998.

Dr. Tucker began practicing as an Emergency Room Physician of Delhi Hospital in the year of 2000. Dr. Tucker made a profound impact on the patients and families he treated, and the entire staff of Delhi Hospital were near and dear to his heart. His memory will surely live on there forever.

Dr. Tucker was one of a kind and a joy to be around. Whether you called him Tyrone, Doc, TT, TeeBone, or Ty; to know him was to love him. He was a precious gift from God. He was a gentle spirit and the epitome of absolute unconditional love. His contagious laughter and beautiful smile will be forever remembered and missed. He was loving, caring, kind, and giving. His generosity spread far beyond the borders of the family. He gave from his heart and never expected or desired anything in return. Dr. Tucker was an inspiration, as well as an encouragement. His beautiful presence will be forever missed.

Doctor Tyrone Tucker made his transition from Earth to Heaven on February 9th, 2020 at Saint Francis Medical Center in Monroe, Louisiana surrounded friends and family.

Although our hearts are shattered in a million pieces, we stand on Revelations 14:13, which tells us, “blessed are the dead who die in the Lord from now on.” “Blessed indeed,” says the Spirit, “that they may rest from their labors, for their deeds follow them!”