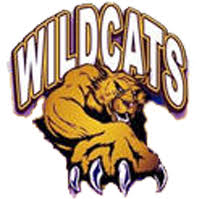 Dennis Ray Bonner was born on July 7, 1957, in Monroe, Louisiana, to the late Neicy Mae Bonner and Dennis Freemont. After the passing of his mother in 1960, Dennis was reared from a little boy to adulthood by Alberta “CuBud” Scott and West Brown. He confessed his faith to Christ at an early age and later attended church in Kosciuscko, Mississippi. His life was transformed from the physical to the spiritual on September 5, 2022, in Jackson, Mississippi.

Ray, as everyone called him, was a 1975 graduate of Wossman High School. Upon graduation, he joined the United States Marine Corps in 1976, and in later years, he eventually received an honorable discharge. Upon his return home, he started work in Louisiana and then moved to Mississippi where he continued to work and ultimately retired from Cosmo Company. Never a dull moment, he always traveled and was the life of the party with his family and friends. Ray loved to watch Old West cowboy shows along with wrestling every Monday night. Anyone who knew him was touched by his humor. He made his whole family laugh with his outrageous and exaggerated stories, silly sayings, and dancing.

To send flowers to the family or plant a tree in memory of Dennis Ray Bonner, please visit our floral store.

A Memorial Tree was planted for Dennis Ray